“The Church will be in eclipse; the world will be in dismay.” Our Lady of LaSalette, 1846

“The Holy Father will have much to suffer.” Our Lady of Fatima, 1917 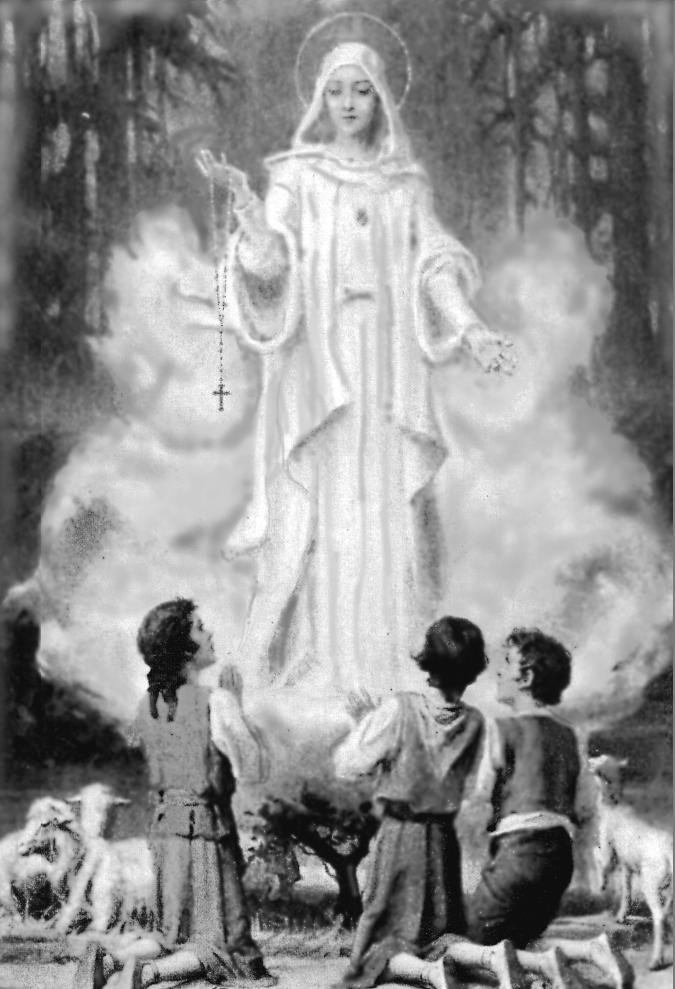 Our Lady of Fatima and the three seers, Lucia Dos Santos (age 10), Jacinto Marto (age 7), and Francisco Marto (age 9); the “beautiful Lady” told them in 1917 “The Holy Father will have much to suffer”

In 1987, Mr. Gary Giuffre of Houston, Texas, portrait artist and model maker, “cracked the case’ on what happened at the “scene of the crime” — at the hi-jacked Papal conclave of 1958. The crime happened on October 26, 1958. shortly after 5:55 PM (Rome time) when white smoke billowed from the Sistine chapel for a full five minutes, indicating that a Pope had been elected, had accepted, and had taken a name. But no Pope emerged.

Two days later, Angelo Roncalli as John XXIII emerged on the balcony to the wild cheers of the international media, which dubbed this man “Good Pope John”.

And at that moment a jarring turn — a 180 decree turn — began to take place within the structures of the Catholic Church. A turn towards sacrilege, heresy, schism, scandal and repudiation of the Church’s history and tradition, which would be fully manifested at and after the Second Vatican Council (a false council, held from 1962-1965 under two anti-popes) and in its aftermath. The true Pope had been dethroned and exiled, and the top leaders of the diabolical secret society of Freemasonry had taken control of the Vatican.

Mr. Giuffre uncovered the mechanism by which the enemies brought about the Eclipse of the Church, long prophesied, and long written about by scholars: the hi-jacking of the 1958 Papal Conclave; i.e., the election of a true pope who was to be shoved aside amidst dire threats and deceptions against the assembled Cardinals and the Vatican itself; and the replacing of the true Pope with an invalidly elected anti-pope, thus ensuring that the Holy Ghost would not interfere with the program of destruction and demolition of these anti-popes, which we have witnessed from October 26th, 1958 until this day in October. 2022 Read this Introduction, and see the articles at the menu tab, “Articles by Gary Giuffre” and another menu tab, “Interviews with Gary Giuffre.”

Disclaimer: Mr. Gary Giuffre, Mr. John Daly, or any other writer or speaker on this website, is only responsible for what he or she says or writes, and not for what anyone else says or writes. Only the webmaster, who wrote the introduction, is responsible for everything included on this website. The editor believes that all the information included is valuable and useful for consideration by those striving to understand what has caused the earth-shaking upheaval in the structures of the Catholic Church since the 1958 conclave, and Vatican Council II, which took place from 1962 to 1965.

The most important place to start is at the menu tab: Articles by Gary Giuffre and : Interviews with Gary Giuffre

The essay at the menu tab, “Introduction” is meant to help orientate those who may be new to this subject, and it links back to all the key articles by Mr. Giuffre.

For a picture you will never forget, click here for “The Popes and the Dove” article, Don’t skip ahead! – Read the first three pages before looking at the picture on page 4.

To email the WhiteSmoke1958 team about anything, please use: info@whitesmoke1958.com

You can reach Mr. Gary Giuffre at garygiuffre@att.net

The Official Website of Mr. Gary Giuffre who cracked the code on what happened to the Church at the 1958 Conclave was at www.October1958.com  — Gary is now fighting GoDaddy for control of this domain name.

Angelo Roncalli (the future antipope John XXIII) being crowned Cardinal in the early 1950s by the Masonic President of France, at Roncalli’s request